“Our Liverpool Song” Premier – Albert Dock Voices on the Water

During Summer 2016 Mersey Wave was delighted to be commissioned to compose an original ‘modern day sea-shanty’ based upon Liverpool’s historic Albert Dock. Kathryn Rudge and Jason Ellis wrote ‘Our Liverpool song’ and it was premiered at the Albert Dock as part of Liverpool ‘Folk on the Dock’ Festival on 28th August 2016.

Several choirs from across Merseyside took part in the debut performance during the August bank-holiday weekend 2016 including; Choir with no name, Singing our Socks off, Capriccio Singers, Indigo Vibe. A massed choir rehearsal was held at our regular rehearsal venue in South Liverpool.

The performance was a great success on the day with around 220 singers taking part led by our music team.

Each choir enjoyed separate performances during the beautifully sunny day on the Stan Ambrose stage at the Anchor Courtyard finishing with the Mersey Wave Choir performing several folk classics and other repertoire to the gathered crowds!

‘Our Liverpool Song’ will be performed live again on Thursday 8th September 2016 at Heritage on the Dock at the Albert Dock. 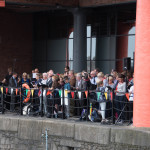 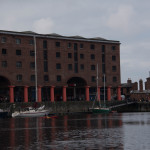 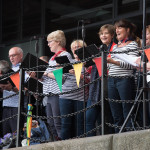 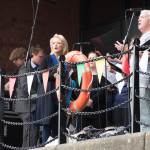 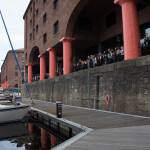 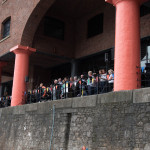 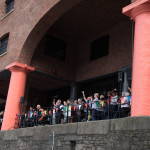